What makes a Japanese garden?

I've long considered adding a water feature to my garden, but a little research reveals just how much work they are. Also, my imagination has been limited to the rubber ponds sold in big box stores. However, a water feature may be a pond, a stream, or even a dry stream of white sand or polished river stones. It's the metaphor that counts. 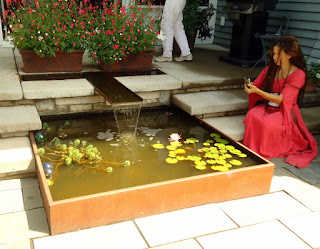 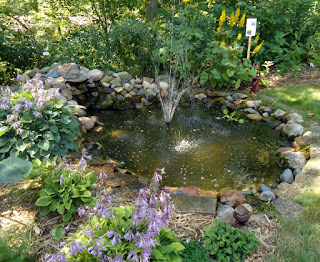 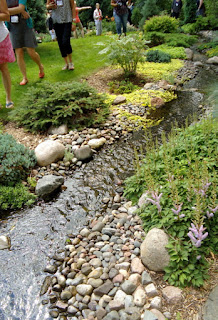 Rocks and sand may be incorporated into the water feature (see pix above), or installed in their own right, as garden art, a path, a wall, a border, etc. I confess the use of rock in my garden is limited to pea gravel around the AC unit and under the spigot, in the interest of keeping each area clear of weeds. I could add a couple of small boulders for interest. 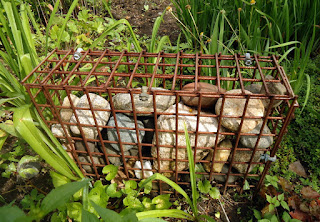 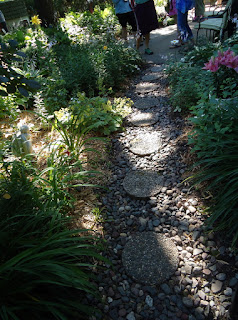 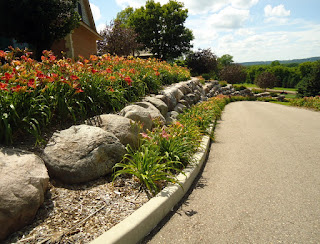 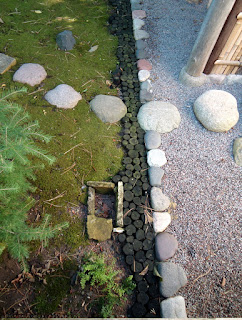 If a shed counts as garden architecture, I have this one covered. I don't think that is the intention, although there are countless garden buildings around, some practical, some rustic, some formal, some cute, some functional, some that are all of the above. I am still considering a screened in gazebo like the first photo below. 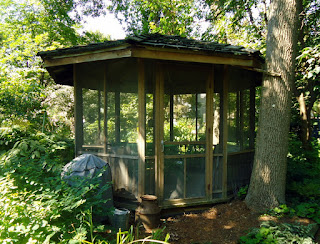 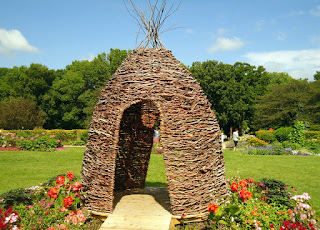 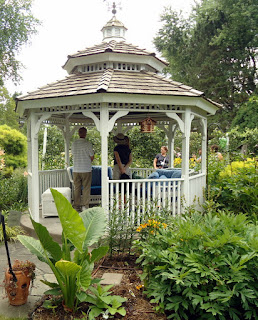 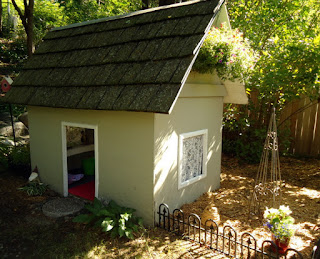 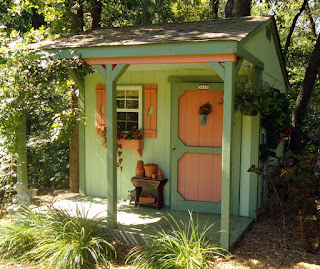 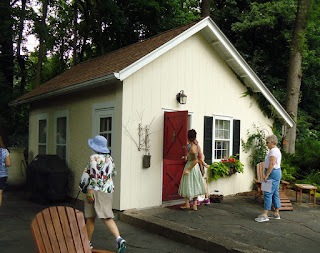 No bridges in my flat, flat yard. I dimly recall crossing some bridges here and there on the Fling, especially in the Japanese garden. Apparently, no pix, though. Does an arch count as a bridge? Probably not, but I'd still like to add an arch somewhere. Or maybe my pergola counts as an arch? 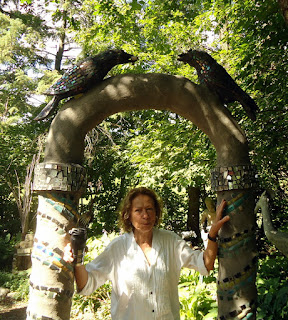 I *do* have a stone lantern! Only because a garden design from long ago included some elements of a Japanese garden (I now realize). Do bird baths count as water basins? If so, I have that, too. 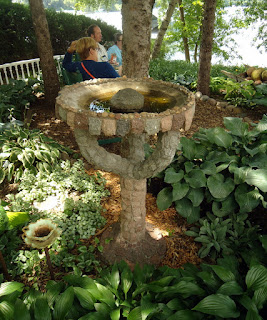 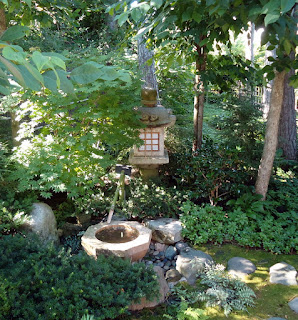 There were some great gates (which I neglected to photograph) on the Fling. I have a (chain link) fence with three gates (two cedar). I'm contemplating replacing the chain link with a privacy fence, which could be simply functional or serve as a visual enclosure. OR it could be incorporated into the garden design as a wall for art, trellises, etc. Devices are trickier. The example on the wiki entry is of a shishiodoshi, designed to scare away birds. All I use are strips of mylar. 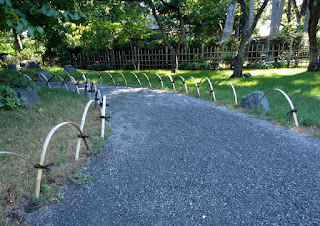 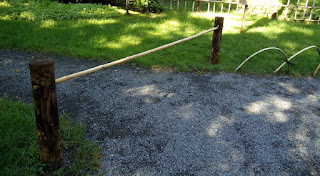 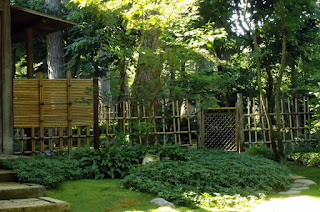 Interestingly, plants appear near the bottom of the list of elements of a Japanese garden. Naturally, we saw plants everywhere we went on the Fling, especially hostas, hostas, and MORE hostas. (There is a Minnesota Hosta Society. Also, I think it is a state law that every yard contain at least one hosta.) In a Japanese garden, plantings may be selected to hide something, provide a backdrop, or create a vignette. I recently planted a pagoda dogwood and was excited to see what it might look like one day, but only with selective pruning, I was sad to learn. 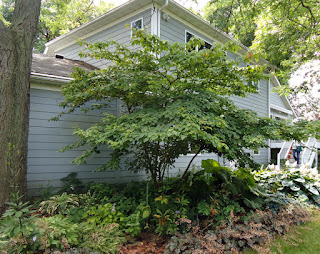 When one thinks of fish in a garden, koi immediately spring to mind. If one has a pond, the next natural step might be to add fish. But I have noticed quite a few garden art pieces that are either fish or are meant to imitate fish (like salmon leaping among the shrubs). Fish would be one step too far for me, but maybe some colorful ceramic koi would be a nice addition to the hosta bed.

Posted by bittenbyknittin at 7:44 PM

Cheryl, I intentionally skipped the Japanese garden, as I'd seen quite a few spectacular ones on recent trips. I'm glad you enjoyed what little time we had there. As one of 2015's organizers, I know how tempting it can be to try to squeeze every last drop of gardenosity into a Fling, so I think we were a bit squeezed for time. However, I did love the water lilies at Como Park. Hope you'll come out to Fling 2017 in the DC area!

Hi Cheryl, I love how you put together elements of many gardens into one post. It let me remember the gardens from a totally different perspective! So glad you had a great time at your first Fling. Hope you keep coming - this was my 9th - I haven't missed one since we started with the first one here in Austin, Texas.

Attending the Fling is a great way to find inspiration in real gardens as opposed to the pages of a magazine. I always come home and make changes to the garden. Great post!